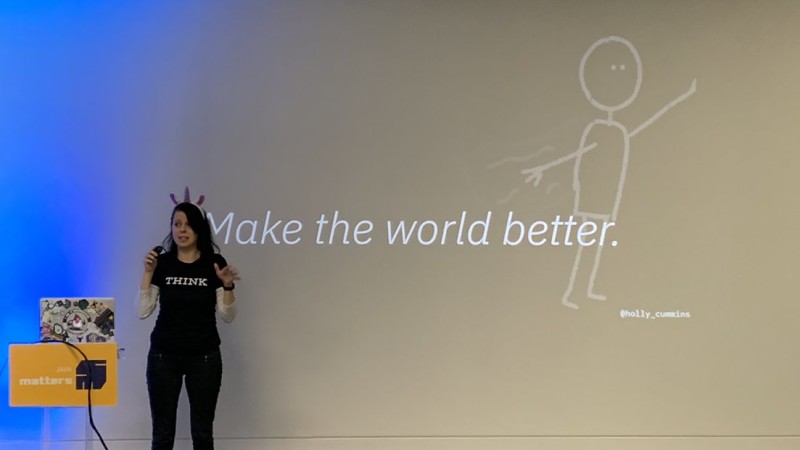 Note: Recent talks can be found on hollycummins.com.

Holly Cummins is a Senior Principal Software Engineer on the Red Hat Quarkus team. Before joining Red Hat, Holly was a long time IBMer. In her time at IBM, Holly has been a full-stack javascript developer, a WebSphere Liberty build architect, a client-facing consultant, a JVM performance engineer, and an innovation leader. Holly led the developer community in the IBM Garage for several years and became a bit of a methods geek. During her time in the IBM Garage, Holly led projects for enormous banks, tiny startups, and everything in between. Holly has used the power of cloud to understand climate risks, count fish, help a blind athlete run ultra-marathons in the desert solo, and invent stories (although not at all the same time). Holly is also an author and regular keynote speaker. You can follow her on twitter at @holly_cummins or at hollycummins.com.